He's not my representative. He's my bitch!

You probably haven't heard of Daniel Rosen, independent candidate for the House in Nevada's 2nd District, but that's only because his campaign isn't doing very well. If the focus was on what he stands for, then his campaign would be more noteworthy. You see Mr. Rosen wants to be your puppet. He's not running on his platform. He's running on yours and wants to vote any way you tell him to. 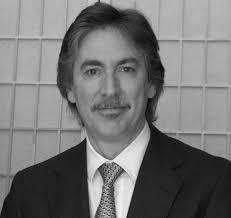 Now... I'm not suggesting that 'Adventures in Direct Democracy' are for everyone. But when House members increasingly act without restraint, without accountability to their constituents--when partisans on both sides of the aisle scream for the heads of their opponents--the appeal of your own bitch in the House of Representatives is obvious.

Hell, even though the radical right wants to march us off to convert the heathens--oh and get their oil--just after we round up the gays for deportation, I bet that if each of us were personally responsible for directing our representative more moderate views would prevail. Then we'd really get down to the essence of what America is all about. But there are problems. Three of them to be exact:
Still...it's delicious to contemplate.
Posted by Kvatch @ 11:36 PM

Sometimes I think Representatives who actually represent the people are a dream I had long ago. It would be great to make it real - again.

Peacechick Mary, at 2:51 AM
The idea of representative (as opposed to direct) democracy makes sense in a society as large and complex as ours. However, it has been completely subverted by money.

Betty Cracker, at 3:43 AM
We need stronger third parties. No matter what happens Nov. 7th. I'm interviewing a third party canidate today as a matter of fact...

Frederick, at 5:06 AM
Peacechick, most of the time I think that my representative (Pelosi) does reflect her district's will, but if you asked residents here if they want to see Bush impeached the answer would be an emphatic yes, and she won't do it.

Betty...no question, but hasn't our technology reached a level where experiments in direct democracy are no possible? Of course, then we also have to deal with the 'Diebold effect'.

Fred, until we do away with winner take all apportionment 3rd parties are a non-issue at least at the national level.

Kvatch, at 6:09 AM
Since we are jumping into fatnasy land, how about we vote for politicians who actaully think beyond the nearest lobyist's check book.

windspike, at 10:51 AM
Direct democracy sounds like a great idea. However, you want to see a politician waffle. This will do it.

fashiongirl, at 11:23 AM
This could actually work if people in the district could have their own account set up. Otherwise you could spam votes for issues and it wouldn't be guys like us doing it. No, it would be guys like Sam Walton doing it.

Anyway, all of your jokes aside, this could actually work. It would be true Democracy. The representative system really started more for practical reasons than anyting else (like the electoral college). With computers, we could do away with both of them.

Fashiongirl, but in this system flip-flopping would be a good thing.

Praguetwin, there would have to be some high-strengh authentication and validity checking in the system, but these are all solved problems. As I mentioned, disenfranchising people without access to the Internet would be the bigger issue, IMHO.