Texas Is The New California

Rolling blackouts as Texas heats up

Wonder if the power trading jackals are gathering to feast on the bones of the Electricity Reliability Council of Texas (ERCOT)? 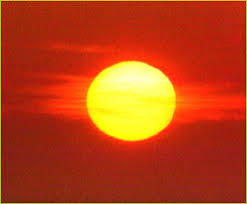 Wonder if their state's distribution system is as broke as our's was?

There is one thing I do know. When it comes to heat, California ain't' got nothing on Texas. Houston is hell...with humidity! Austin is a beautiful sweat-box. The only place you want to be in Texas right now is El Paso. Why? Cause it's just like most of California, hot and dry!
Posted by Kvatch @ 12:47 PM

I know I shouldn't derive so much glee from this...but I do.

Tom Hilton, at 2:22 PM
Please do not laugh and spurn us because this state spawned Bush, DeLay, Kay Bailey, Alberto and others. It's just really hot here and getting hotter ...could it be global warming? Naw, that doesn't fit in the intelligent Design.

glenda, at 2:57 PM
No Glenda! We suffered. We paid. We're still paying. We'll be paying for the rest of our lives.

Your suffering is our GLEE! Bwahahahahahah!

Scaramouche, at 8:08 PM
That rolling blackouts things was such crap. Every now and then they would black out Compton... but nothing west of La Cienega....

AHHHHHH THE WORST! Even the air conditioning in the movie theaters don't work!

Crackpot Press, at 9:58 PM
Maybe they could pardon Ken Lay and Ron Skelling and give them another chnace with Texas. Oh damn, maybe we have to wait till they are convicted before we pardon them. But wait!

The decider could decide to do it now. Who is there to tell him he can't do something? He's the decider.

Rich, at 12:49 AM
My guess is the January 2009 pardon list wll be so huge that the NY Times will have to publish a special edition of the paper to fit it all in - Lay, Skilling, Delay, Cunningham, Libby, Hadley, (maybe, if he hasn't already made a deal with the prosecutor) Rove, Ney, Burns, Doolittle, Pombo, Duncan Hunter, et al.

What I'm wondering, though, is if everybody who gets a Bush pardon in January 2009 also receives a Medal of Freedom.

I mean, that would be pretty cool, don't you think. You could hold the Pardon Ceremony and the Medal of Freedom Ceremony at the same time as a two-fer.

reality-based educator, at 6:11 AM
Rich, I'm not sure that I'd wish Skelling and Lay on Texas or anybody ever again. I hope they rot in Huntsville in a cell right next to DeLay's.

R-BE, Pardons? I damn well hope not. Does Bush even have the authority to pardon DeLay? That's in state court, I think. As for the others, probably will, but perhaps they could get the Congressional Noose of Freedom rather than the medal.